A New Poem in the Autumn 2019 Issue of New Humanist: Everyone Has a Wilting Point 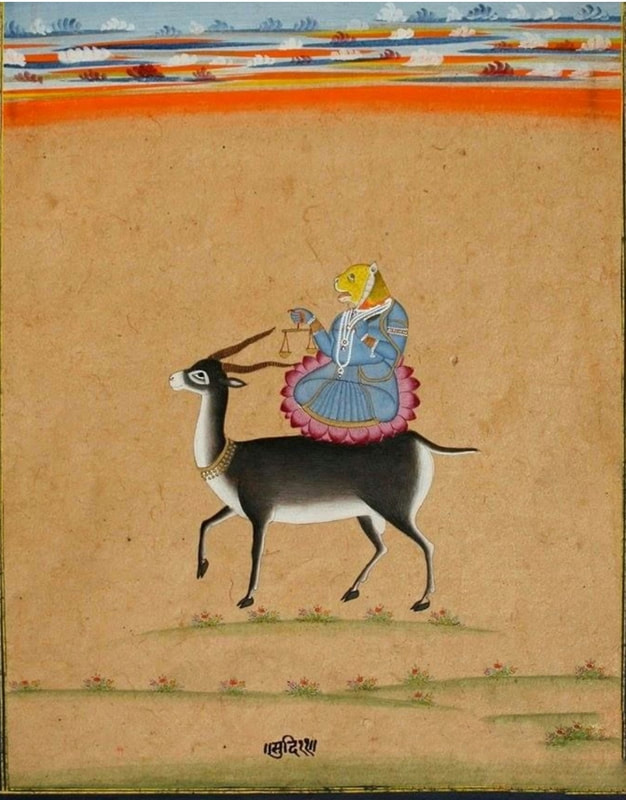 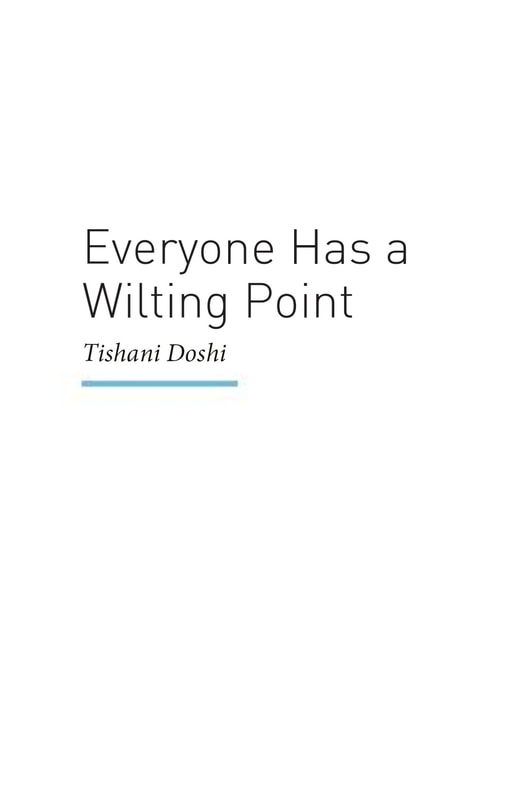 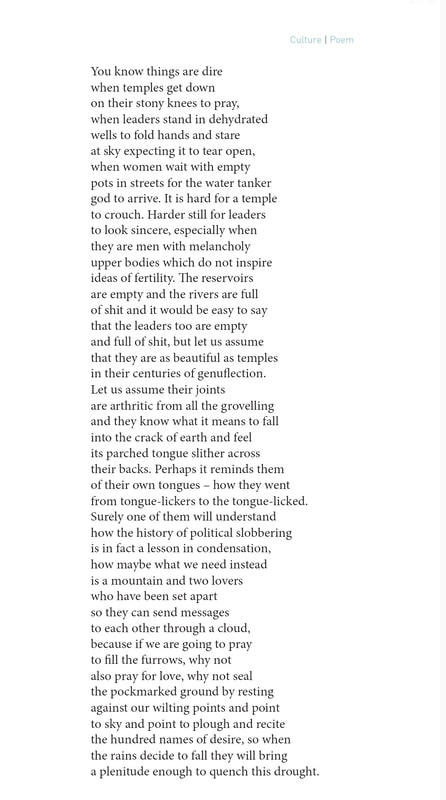 "RAIN AT THREE" IS FEATURED IN THE NEW YORK TIMES MAGAZINE


From Countries of the Body 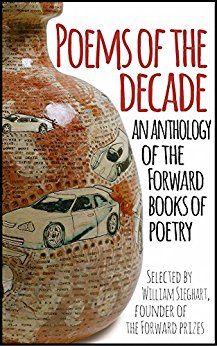 "THE DELIVERER" by Tishani Doshi, featured in Poems of the Decade

I've been receiving lots of emails about this poem, so thought I'd put some notes here for reference.

The mother is the deliverer, a kind of stork, if you will. She brings the baby from the convent in Kerala to parents in the U.S.A. She has journeyed with the child, so she feels emotionally tied to it. She’s a mother herself, so she knows what it means for this child to be taken into this family.

The video tapes refer to actual video tapes (obviously, we’re talking about an earlier technological era), when parents made home videos of their children. The poet supposes that the American family will take photographs and videos of their adopted baby girl. They will chart her progress. And then there is a jump in the poem, we view things through the girl, maybe when she's grown up, and she looks at these videos of herself when she's growing up, she might wonder about where she began. Is there that knowledge in the body that allows for this kind of memory? Will she know that she was abandoned, half buried in the ground, left for dead, will she be able to imagine her beginnings?

This is, I suppose, the crux of the poem. The male child is still preferred over the girl child in India. Female foeticide and infanticide are still widely prevalent, so much so that it is illegal in India for a clinic or doctor to tell parents about the sex of their baby during the pregnancy. Many Indian women don't have access to birth control and therefore have little control over their reproductive rights, which takes us to the final image of the poem - the women trudging home to lie down for their men again.

This poem was written from an actual experience. My mother did take a baby to America. She told me some of the stories that the sisters at the convent told her - how rare it is for people to give away their boys, that in India it is mainly girls who are abandoned. I tried to imagine the life of this particular girl she delivered. I thought as well about my mother's own journey from North Wales to India. This is a poem about memory and the body, about where we begin and where we end up. 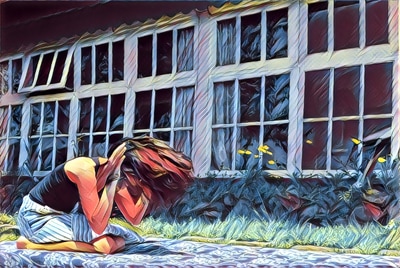 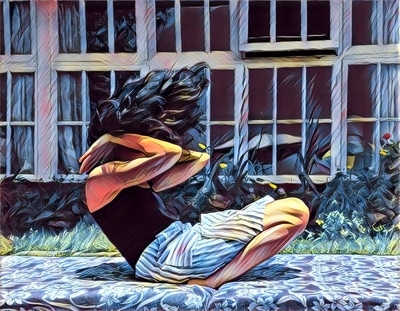 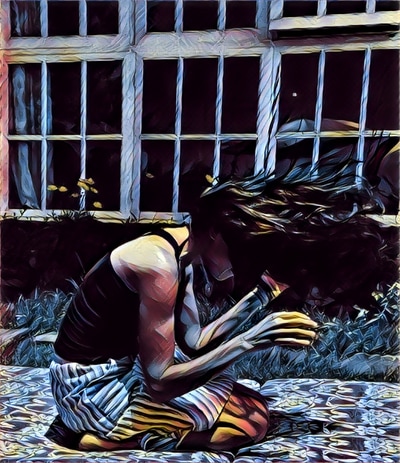 THE DAY WE WENT TO THE SEA

The day we went to the sea
mothers in Madras were mining
the Marina for missing children.
Thatch flew in the sky, prisoners
ran free, houses danced like danger
in the wind. I saw a woman hold
the tattered edge of the world
in her hand, look past the temple
which was still standing, as she was -
miraculously whole in the debris of gaudy
South Indian sun. When she moved
her other hand across her brow,
in a single arcing sweep of grace,
it was as if she alone could alter things,
bring us to the wordless safety of our beds.


from COUNTRIES OF THE BODY 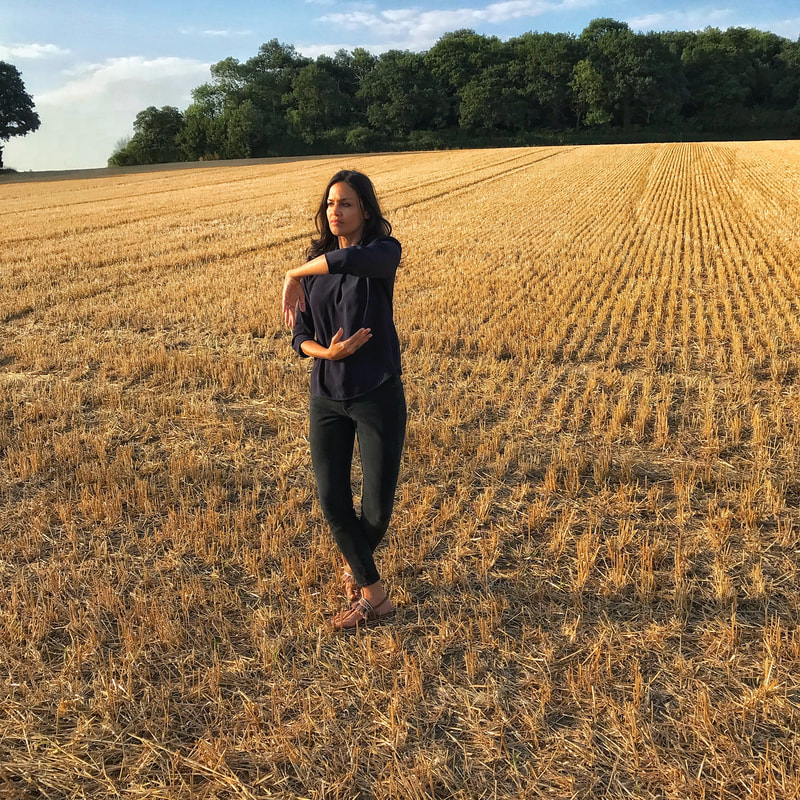 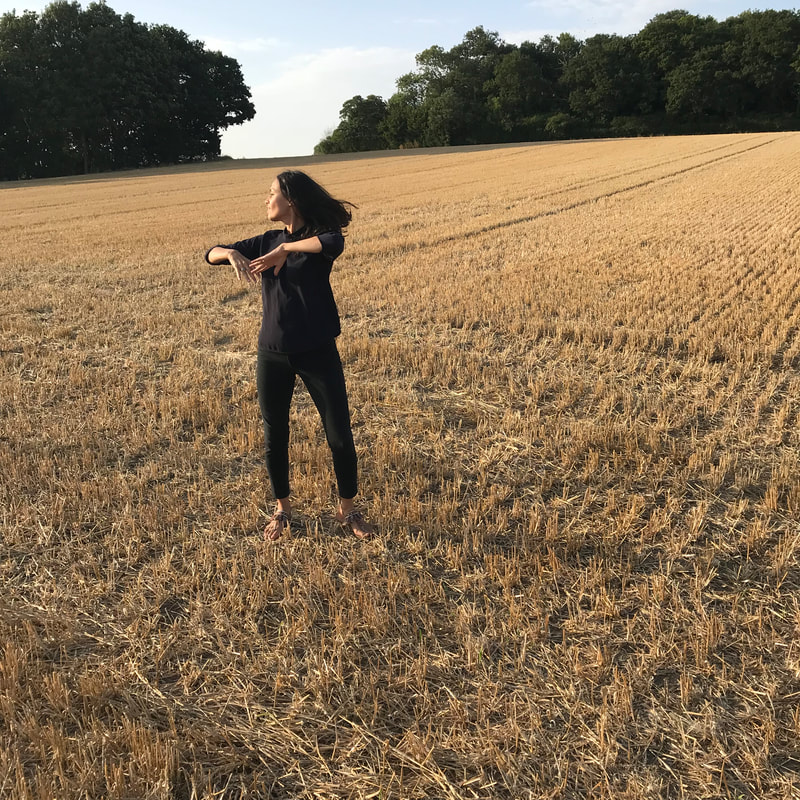 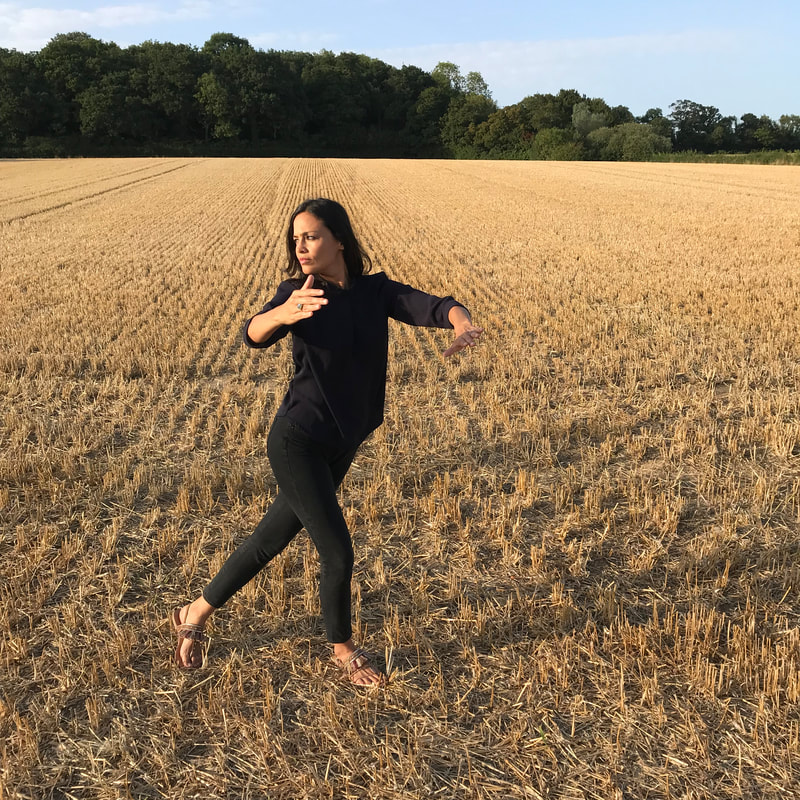 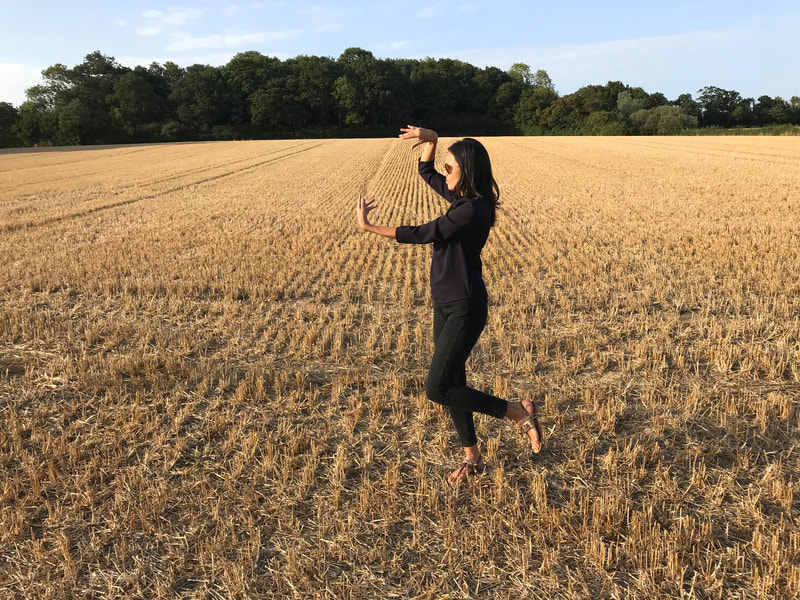 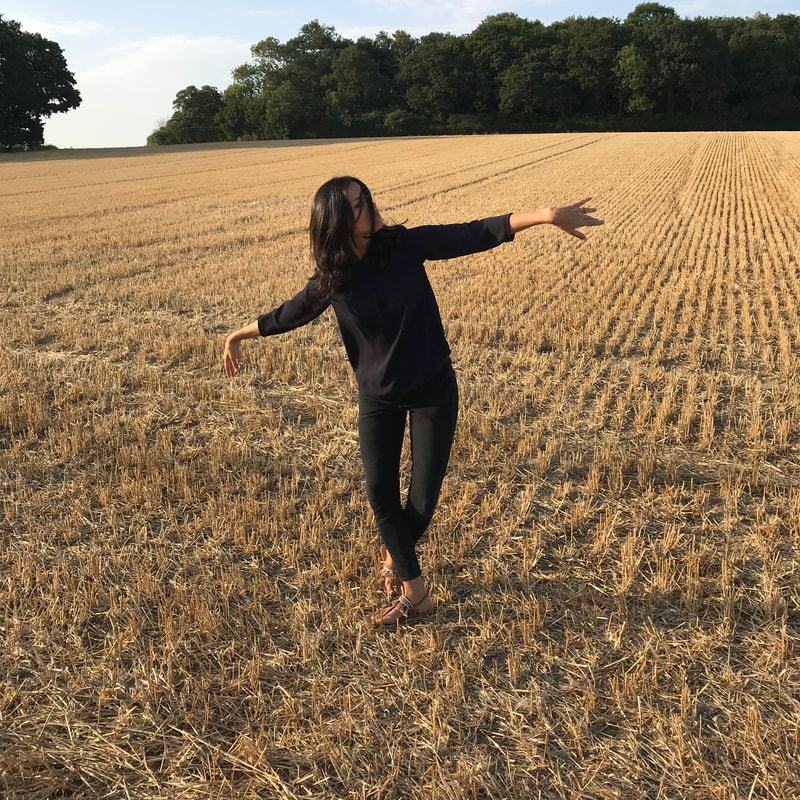 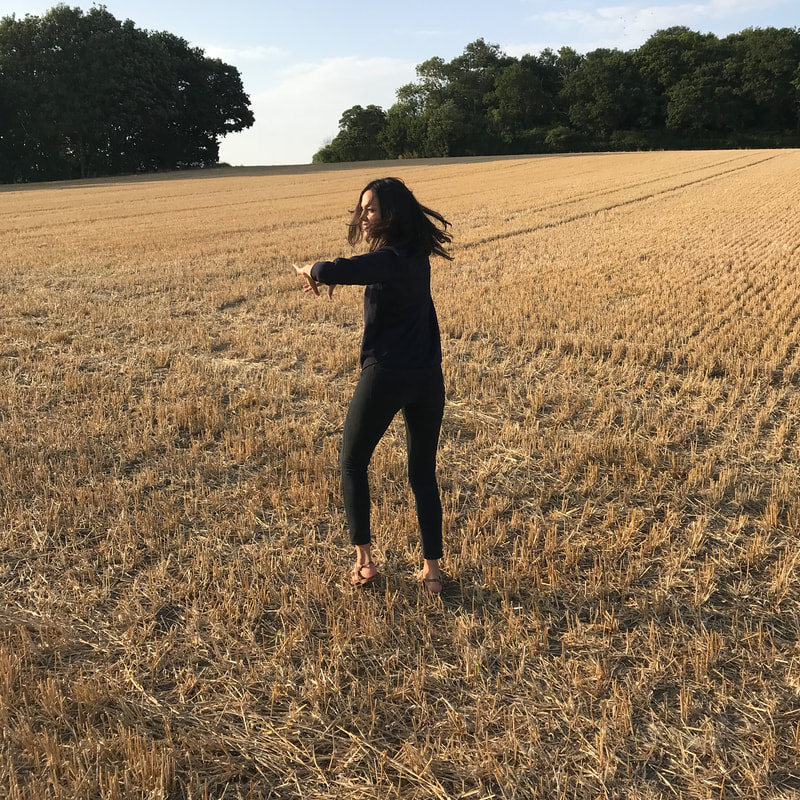